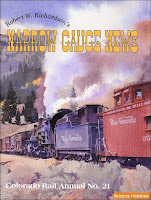 *Photos here are just my additions, not from the newsletter.

In a section about the end of passenger service on the D&RG
Passenger service meanwhile had been discontinued on all the other branches.  The Lake City and Pitkin Branches had been abandoned, along with Orient and Crestone.  Most of these services had been by mixed trains, sometimes not daily.  The Pitkin Branch was acquired in 1913 from the Colorado & Southern along with the Baldwin Branch.  The C&S had ceased to operate into the Gunnison area in 1910 when it closed Alpine Tunnel and the D&RG took over the isolated lines.  The Baldwin Branch was operated regularly until 1951 when the coal traffic to the San Luis Valley was lost thru abandonment.

As time permits, the cars will be overhauled and lettered for various n.g. lines in Colorado including C&S, F&CC, and perhaps one of the Silverton roads.

RIGHT-OF-WAY of the old South Park has been cleared enough to Alpine (Portal on west side) for jeep trips to the tunnel.

Mac Poor insists that the “Denver, Muleshoe & Pacific” (recently featured in the Buz Sawyer comic strip by Roy Crane) is NOT one of the lesser known subsidiaries of the Denver, South Park & Pacific

…a summons to quite a title to some property in Gunnison was recently published in the “Gunnison Courier” as a legal notice to the Denver, South Park & Pacific and its “unknown surviving directors”…we suspect the 20 days allowed for answer went by with nary a word from any of them!

One of the box cars on display in the NG Museum attracted a lot of attention this summer…catalog is illustrated and we wish our ex-C&S reefer looked as good as the one shown.

I found the following article by Patty Unruh from last year that does a nice job telling about the movement and background of the last narrow gauge C&S gondola, no. 4319.

Also, here's a video I posted a little while ago with some of the photos and video of 4319 from 1941 to the present. 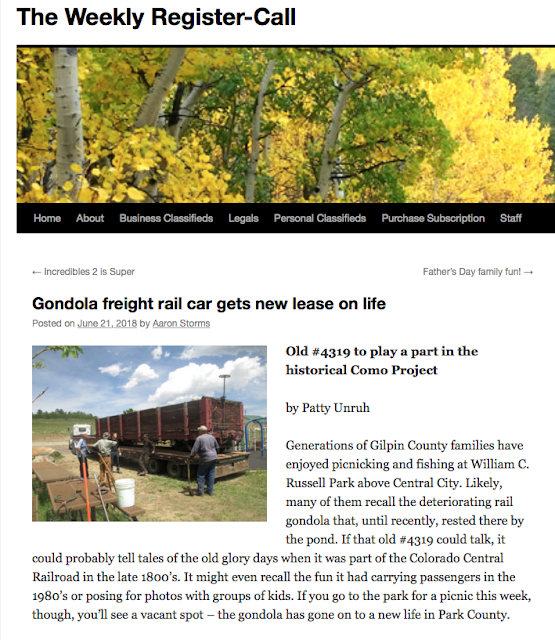 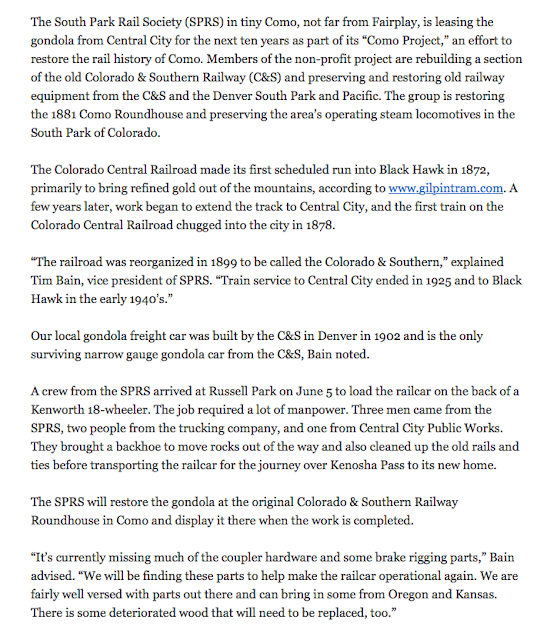 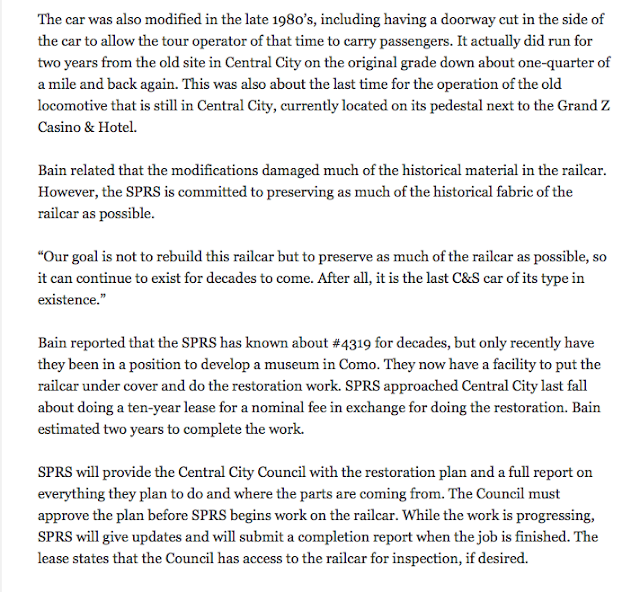 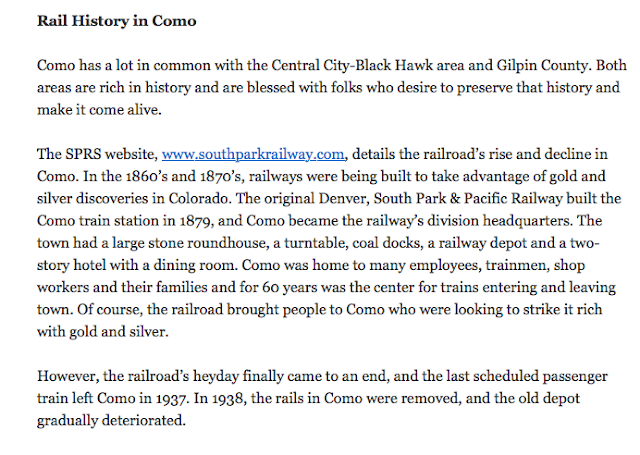 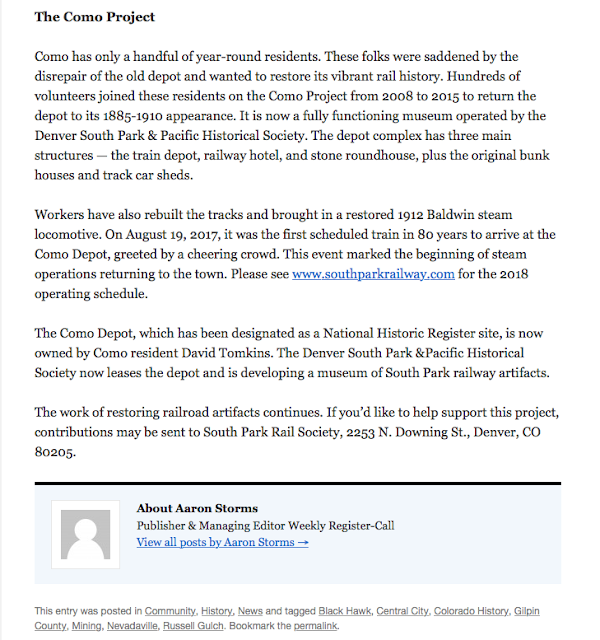 Posted by Denver at 6:07 AM No comments: