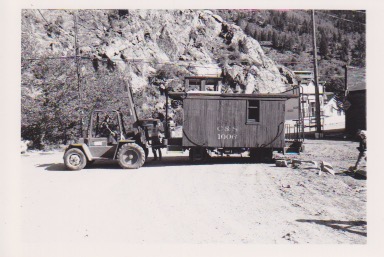 Posted by Denver at 5:44 AM No comments: 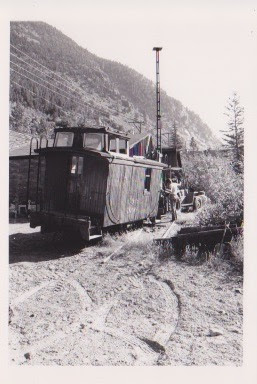 Caption: "Jim Pallow and Ernie; walked her sideways to get away from creek"

Posted by Denver at 5:41 AM No comments:

I stumbled upon this video of the tracks at Kenosha.  While I've driven the main road over Kenosha I have never had the chance to stop and see the tracks there.  The Youtuber who posted the video seems to think these are abandoned tracks.  As most of you know they were rebuilt many years ago as a display and to run a handcar if I recall correctly.

The author of the video walks along the tracks (beginning at roughly 2:14) and also has shots of the interpretive signs which I had not seen before.  At the end of the video he is walking along a dirt walking path.  My hunch was that this might be more of the C&S grade.  Does anyone know offhand if that is correct?

According to this page on the South Park Rail Society, these tracks, along with the stretch at Windy Point on the Boreas Pass route, were laid by the Denver, South Park & Pacific Railway Historical Society.  Oddly, I don't see any reference to these locations on the DSP&PHS site.

Additionally, the Forest Service website has a page dedicated to this railroad display and gives a few good close ups of some of the interpretive signs there.

Posted by Denver at 1:07 PM No comments: 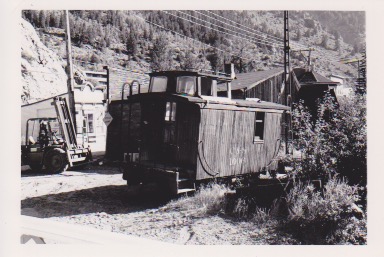