A Visit to Alpine Tunnel Exactly 60 Years Ago Yesterday

In June of 1958, 43 years after the abandonment of the route through Alpine Tunnel, and 25 years after the rails were pulled, Lew Schneider, a member of the US Army, made two trips to the remains at Altman Pass.  Stationed at Fort Carson near Colorado Springs, Schneider and a friend made their first trek early in June.  Starting up the eastern approach through Hancock, they ran into the same problem that often kept the C&S from getting their trains operating until mid-summer: snow.  Lew and his companion were unable to cross over the pass due to the white menace-even on June 8th!

Returning much later on June 29th, the two made a successful attempt to reach the east portal, climb the pass, and explore the complex at the west portal.

At East Portal they found the scattered remains of the snow sheds with a few beams still jutting up towards the sky.  One (or two?) of the snowshed doors is clearly visible flat on the ground.  The railroad ties are also still embedded in the right-of-way leading into the tunnel.  Having climbed up the pass they took a shot of the east portal and its approach from the top, revealing at least one or more telegraph poles still standing (one of which, I believe, is still standing today not far from Atlantic siding).

A short time later, after walking over Altman Pass, Schneider took a high up shot of the west portal station complex.  One can make out the tracks, still with rails intact, coming from the tunnel and towards the station remains.  The base of the second water tower (1906) can be seen by the side of the roadbed across from the second turntable.

After they made their way down to track level, Schneider snapped a shot of the still intact rails leading to the missing turntable.  Wooden guard rails still flanked the right side of the walkway for the worker whose job it was to turn the locos.  The guard railings on the left apparently had given way to time.  Built on top of the original debris dump from the boring of the tunnel in the early 1880s, the tracks still hold strong to their ties, though they seem to bend at sharp angles now instead of soft curves.

Finally, Schneider walked a little ways down the mainline and took a photo of the area at the place where a switch stand still stood for the parallel passing track.  The rotten ties in the foreground lead the way through a gentle curve past the still standing coal bin and on past the station, also revealing another telegraph pole defying nature.  It is nice to see just how much of the south facing engine house wall and corners were still standing at this point.  Photos from more recent times demonstrate how much of this was lost in the ensuing 50 years.

One oddity about this scene is the absence of rails at this point.  Many photos attest to rails remaining on the ties from West Portal, past the station complex and down the mountainside for at least a short distance.  It is my guess that a rockslide kept the scrapper from retrieving these rails when he salvaged them in 1923/4.  I contacted Ray Rossman, the US Forest Serviceman who managed this area for many years, asking him what happened to those rails.  He responded that the Forest Service turned the old roadbed into a drivable road on the west side in 1959, shearing off the old ties and so forth.  Schneider's visit was in 1958 and, based on his photos, some rails had already been removed, though not all of them, as demonstrated by his other photos.

Had the Forest Service already begun their work and Schneider simply visited before its completion in 1959?  While there is a documented missing rail inside Alpine Tunnel that must have been hauled off by some treasure hunter, in this case there appears to have been a length of track without rails on either side.  Who could have hauled off full lengths of rails?   Or was it a local who wanted it for some practical purpose on his farm or mine?  Who would go through the trouble of driving up to 11,000 feet, over railway ties no less, to do this?  Alas, we'll probably never know.

The Leadville depot was almost supplanted for a gazebo 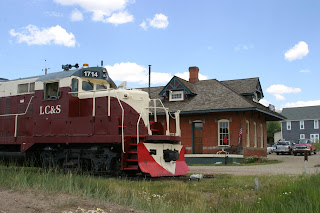 We take it for granted that the Leadville, Colorado & Southern would logically sell tickets and board trains out of the original C&S Leadville depot, but it didn’t start out this way.  In fact, it was the source of an argument between the purchasers of the line, Ken and Stephanie Olsen.

While the Olsens got a heck of a deal, acquiring the railroad, roundhouse, and equipment for $10, plenty of other expenses, such as refurbishing the line and modifying freight cars to carry passengers, made getting their hands on the depot out of the budget.  Instead the plan was to build a gazebo near the roundhouse for boarding purposes.

Late one night, though, an argument ensued between Ken and Stephanie, with Ken making the case that getting ahold of the depot was truly necessary.  In the words of Stephanie, “‘He was adamant that we had to do it.’”  Ken won this tussle and by early spring in 1988, the Leadville depot officially became part of the new Leadville, Colorado & Southern.  After the depot’s renovation and installing track panels across two platforms, passenger trains began boarding at the C&S Leadville station for the first time since 1937.

Before and After Boreas Pass Photo/Video

I really enjoyed a recent exchange on the C&Sng discussion forum where someone posted an old photo and asked if anyone could identify the location.  Using the mountain in the background, another poster, Alex Hois, determined the location and subsequently drove up to Boreas Pass in an attempt to recreate the same photo today.  I decided to use the two photos to make a before and after transition, attempting to keep the mountain in the same location as the original.

Posted by Denver at 5:35 PM No comments:

Runaway mine cars! Was the C&S "careless"? 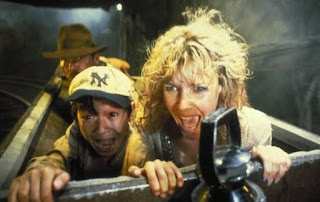 Don’t you love those runaway mine car scenes in movies like Indiana Jones and the Temple of Doom or Harry Potter?  They’re not so fun in real life, however!

According to the Central City newspaper, the Gilpin Railroad seems to have made it a practice to send “from one car to a train of cars down a steep incline [for] a distance of several miles without an engine.”  Mind you, someone had to operate the hand brakes.  On January 17th, 1910, that someone was a 31 year old man by the name of James Tabb.

Tabb was riding two cars of concentrate on their way to Blackhawk.  He had nearly made the three mile descent when, at the last curve before the Blackhawk roundhouse, he lost control and the cars left the track, taking Tabb to his death.

A coroner’s jury came to this conclusion: “We find that James Tabb came to his death at the roundhouse in Black House [Hawk?] through an accident caused by runaway cars on the Gilpin railroad, and that said accident was caused by the carelessness of the company [C&S] by not providing for the safety of its employees.”

The Central City newspaper went on to say, in regards to the practice of running cars without an engine, that “It is to be hoped for the safety of the men operating the trains, as well as those who might be in the way of an onrush of cars, that this practice cease.”

Source:
A Documentary History of the South Park Line: Vol. 8: The Clear Creek District in the Twentieth Century by Daniel W. Edwards.  Pg. 99.
Posted by Denver at 12:31 PM No comments:

In my last post, I asked who this "mini-DSP&P" was.  Several people tracked down the answer.  According to their website, "The DSP&PRR is the highest 7 1/2 inch gauge railroad in the world at an elevation of 9,200 feet above sea level."  It is located near Hartsel, Colorado, south of Garo.

After having purchased land in 2000, the group surveyed the route that would run on their 40 acres.  Three years later they began grading and by 2010 were laying track, even using hopper cars to drop ballast.  They presently have 4,330 feet of track in two divisions, called the Northern and Southern Divisions.

The private railroad welcomes all railfans to come and ride or even bring their own 7 1/2 inch gauge locomotives to run, providing an unloading pad and a turntable 20 feet in length at waist level to enable turning.

In much the same way that the C&S had to figure out ways to avoid starting fires from their locos, most famously with Ridgeway Spark Arrestors, this DSP&P only allows propane steamers because of the "extreme fire danger" of the South Park area.

While perusing their site and videos, I noticed most equipment was not DSP&P themed.  However, the two exceptions include what they refer to as The South Park Mogul, a red painted 2-6-0 built to represent a high-drivered standard gauge steamer, but with its tender lettered "D.S.P.&P.R.R.".  The other exceptions are the ballast hoppers that are also red and DSP&P lettered.

On the other hand, their route uses South Park names throughout including: Como, Selkirk, Boreas Pass, Windy Point, Midway, and Peabodys Siding.

Below is a video of The South Park Mogul, with a quick shot of an incredibly accurate C&S 70 live steamer (though I don't think this video is at the DSP&PRR) and another video showing their ballast cars.

Finally, here is a video of another DSP&P locomotive on the line.

Below is their track plan: 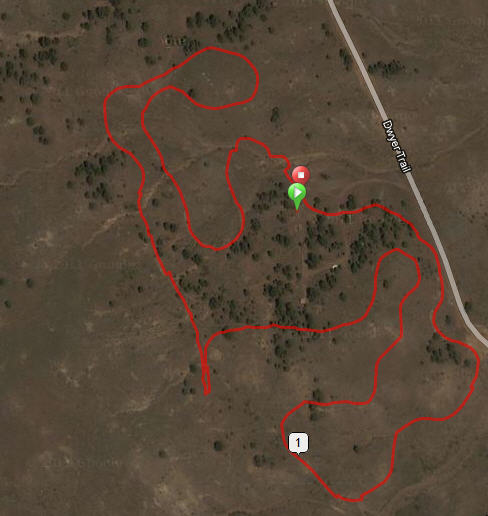 The last news update on the site is from July 2017, so I don't know of anything more current, though there is a "Contact" section with an email.
Posted by Denver at 8:27 AM 1 comment: