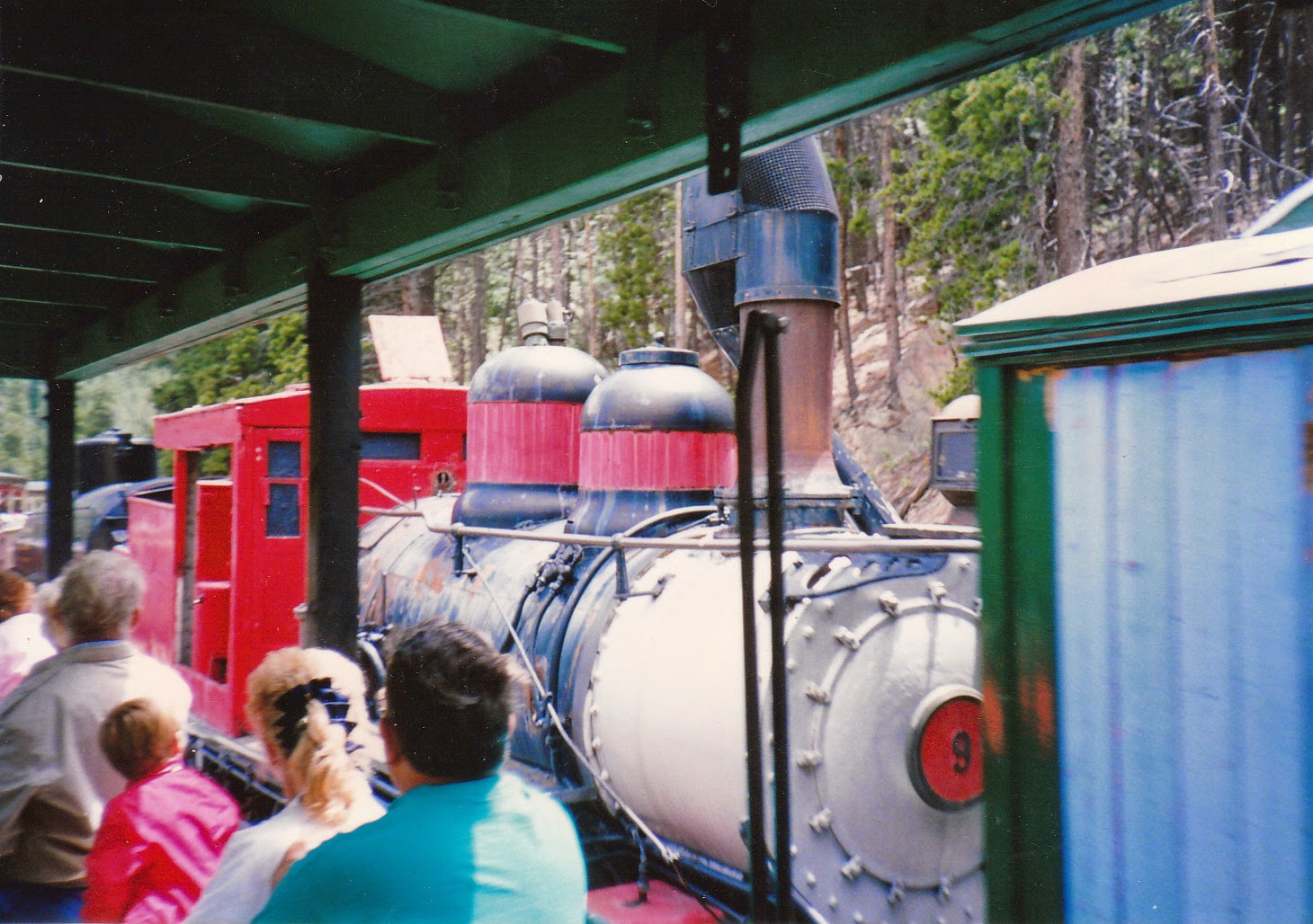 Here's an old photo I took of C&S 9 in 1991 when it was still sitting at Morningstar siding near Silver Plume, Colorado.  The Georgetown Loop RR folks did some painting over time to return her appearance to her C&S days, but she still had quite a lot of red left over from her days as Chief Crazy Horse when she ran as a novelty train in the 1948-1949 World's Fair.  This gaudy red look remained on the engine while on display at the Black Hills Central in South Dakota as well before the Burlington Northern donated her to the Colorado Historical Society in 1988.