A Replica of the McGees Depot?

In preparation for my family’s trip to Colorado I was reading through sections of Robert K. Bain’s meticulous guide called Tracing the Denver South Park & Pacific. My curiosity was piqued when reading about McGees where Bain notes that a replica depot was built there and “is said to be on the site of the original depot. It is now a railroad-oriented Bed & Breakfast.” 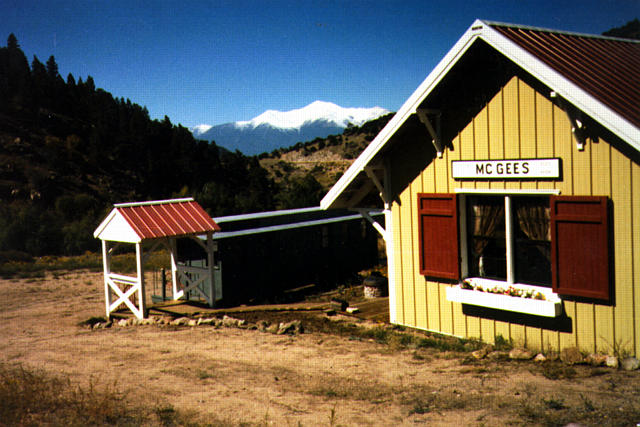 Curious to know more I looked it up and discovered the Trout City Berth and Breakfast. I assumed that this was just another kitschy type spot (and some of it is), but upon reading further it became clear that the owners were much more exacting than I guessed.

After acquiring the site of the former McGees depot in 1987, Irene and Juel Kjeldsen, according to Colorado Central Magazine article, accessed plans and blueprints from the Colorado Railroad Museum in order to create several accurate DSP&P replicas including of course the depot, but also a handcart, a Pullman sleeping car, a caboose, and a model of a Mason-Bogie. The sleeping car and caboose were “mounted on trucks (the wheel assemblies) brought back from a narrow-gauge logging line in Oregon and set in place where the original DSP&P rails ran through the property.” 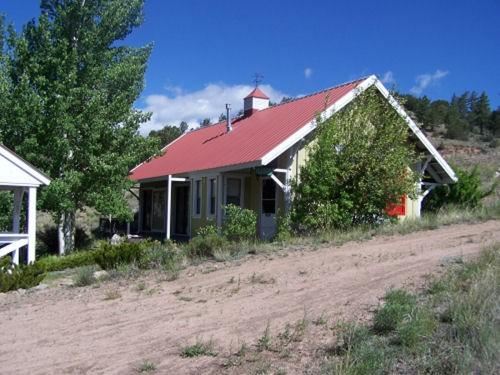 In addition to replicas, “the main room of the depot is filled with railroad memorabilia found on the property as well as maps, photos, an authentic telegraph set, framed correspondence between McFarland and his supervisor, and a poignant entry in his personal journal concerning the death of his wife.” 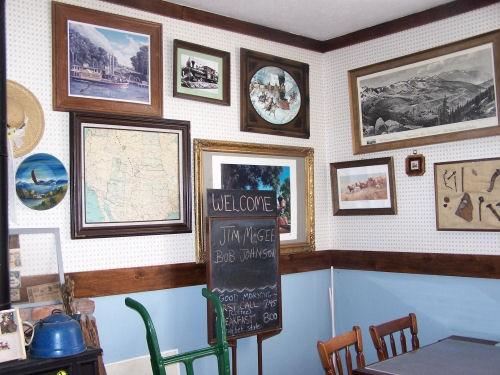 Of course, the depot's express purpose right now is accommodations, and the article below gives more detail regarding what is provided. As of this writing I wasn’t able to find a website (though it does appear on this site with lists of caboose lodging through the US) and considering that my main source of information was from a 1998 article, I can only guess that it is still in operation. The phone number listed in the article is 710-395-8433.

All the photos, except the first one are from this link on a real estate site. 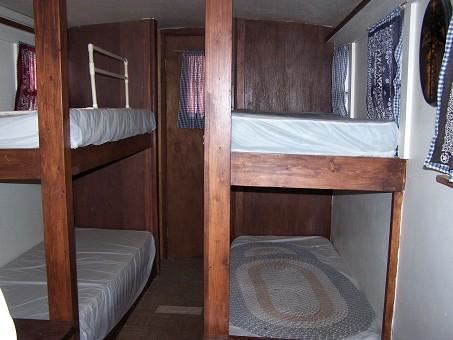 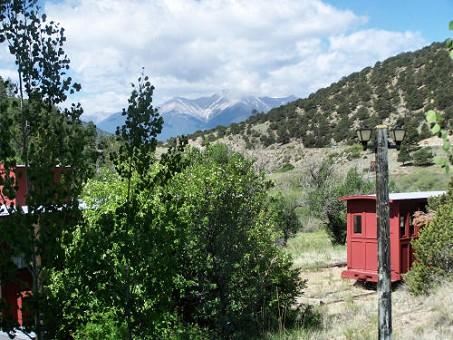 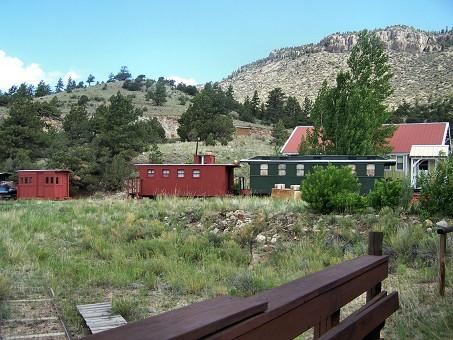 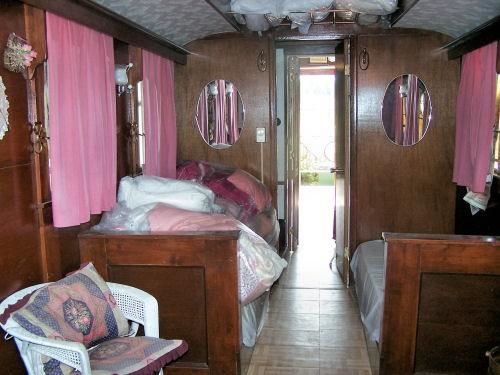 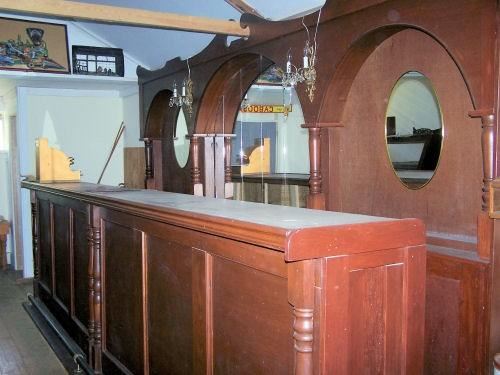 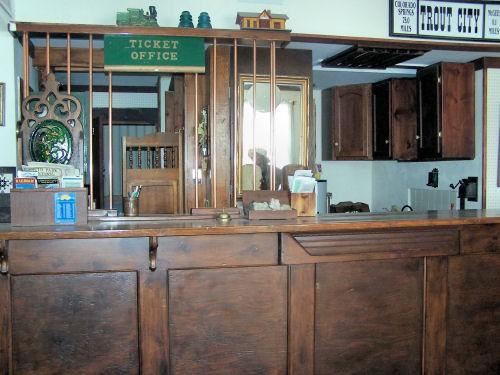 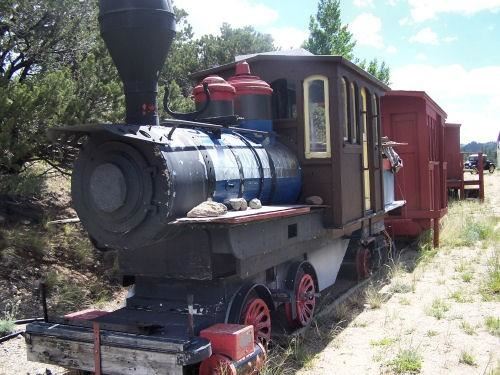 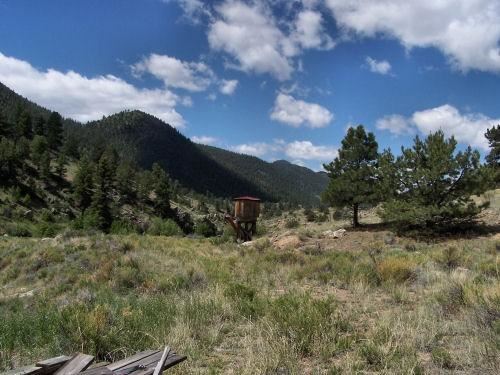 Posted by Denver at 6:17 AM No comments:

Rolling Rock Curve Then and Now

I have always loved the before and after photos from Then and Now Colorado.  This is the first video I've seen with the man behind the photos doing a short explanation of a location, in this case Rolling Rock Curve, along with lining up several photos of the site in DSP&P days.

Posted by Denver at 7:51 AM No comments:

Below is a Facebook post
"As many of you know, The Operations in Como were cut short due to fire concerns last week, 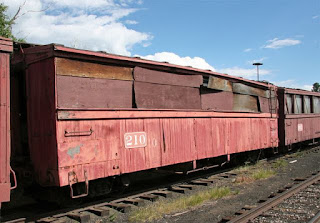 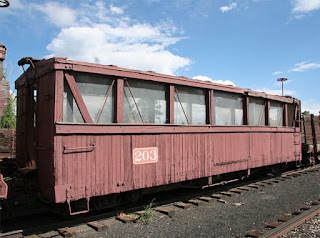 "However the brief operations on Saturday revealed we do not have nearly enough capacity to accommodate the turnout of supporters wanting to ride the new line. With Boreas Pass Railroad day rapidly approaching we need to address the capacity issue . Luckily we were able to lease 2 Rider boxcars from the Cumbres & Toltec Scenic railroad. The cars are currently in storage at the Georgetown Loop Railroad but we need to move them to Como ASAP and prep them for operation by Boreas Pass Railroad Days on August 18th. Unfortunately our loss of an operating day and the costs of moving gondola #4319 to Como have left us short of funds to move these two boxcars to the Como yard. The estimated cost to move them is $3000.00 I know money is tight and while Como may not be as "Exciting" as a T-12 or or some other equally worthwhile projects we could really use your financial support . I hope you will consider a donation to help with the moving expenses.This is the link to our fundraiser.

"Here are the cars that, With your help, will soon be calling Como home."

Posted by Denver at 6:47 AM No comments: