The Locos We Lost, Part 4

"will be shipped to Alaska, where it is expected, she will see many more years of service."
This was a statement in the July 28th, 1943 Chicago Bureau.

"Old 76 will be shipped to Alaska, where it is expected, she will see many more years of service." 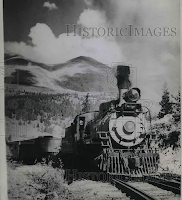 Because we know this, in fact, never happened, it prompted someone on the Narrow Gauge Discussion Forum to ask, "Did C&S 76 miss the boat?"

There were many responses to that question including that as the war situation changed, the engine wasn't needed or that it was unsuitable to the needs on the White Pass and Yukon (though why the smaller C&S locos were better suited seems odd). 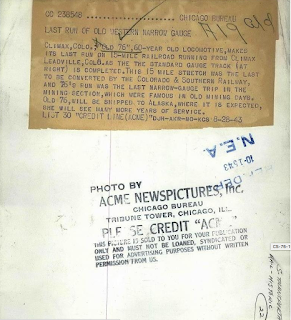 As we know C&S 75 and 76 were instead bought and sent to work on a railroad in Peru where they eventually were scrapped probably in the 1960s.

So off to Peru she went where she probably survived longer than she would have in Alaska.  But the grim scrapper came to her there just as well.

Like a bad 'choose-your-own-ending' kids' novel, no matter what you choose, 76 was to be a goner.  In the end, then, this was simply a rabbit trail for the fun of it.
Posted by Denver at 12:10 PM No comments:

The Locos We Lost, Part 3 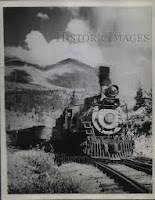 Another lost loco came to my attention while reading Tom and Denise Klinger's C&S Clear Creek District Memories and Then Some.

In April of 1941, Central City had won its tussle with the CB&Q to get a display train.  No. 71, a gondola, and a baggage coach had been moved and placed on a short stretch of track near the site of the old depot.

It seems that Golden got jealous.  The same month that Central City mounted its train, an article in the Jefferson County Republican stated, "Plans were underway this week in Golden, to try to secure an old narrow gauge engine, coach and caboose from the Colorado & Southern, as a historical exhibit."  The author comments that "In the years to come, tourists would regard such an exhibit of considerable interest, and local citizens would likewise value it highly."

Unsurprisingly, considering the trouble the C&S went through to get 71 to Central City, Klinger later points out that "The Golden request for a display train was turned down by the Colorado & Southern Railway."  Based on info found here, I suspect that it was not the C&S but the CB&Q who turned down the request.