Platte Canyon, Then and Now

Another great image from Then and Now, Images of Colorado and the West
Notice the rock formation at top left (a large rock with a smaller one on top of it).  You can see the same formation in the 2015 photo.

Tracks of the Colorado & Southern narrow gauge in Platte Canyon. Early 1900's to 2015. The distance to Denver would have been roughly 28 miles by rail from this point when L.C. McClure took the original photo. Today, the most dramatic portions of the canyon are inundated by the Strontia Springs reservoir which was completed in the 1980's. When I visited in 2015, the water levels had receded just enough to allow me to stand out on the sandbar and capture this view.

Original photograph from the Denver Public Library Western History Collection.
Posted by Denver at 11:04 AM 2 comments:

On a family trip with my parents back in the early 1990s, we drove through Clear Creek Canyon.  Upon exiting a tunnel, we stopped to along the side of the road to get a look at the C&S roadbed that clearly wound around the mountains that the road tunneled through.  We were treated to a neat surprise because when we looked over the guardrail we saw an abutment of a C&S trestle. 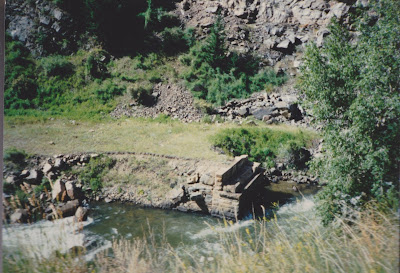 I took several photos of this abutment.  It wasn't until years later that I figured out how to identify which specific trestle it once supported.  By looking above the roadbed I noticed a very distinctly shaped rock formation rising up to the left.  I was then able to identify this formation in old C&S and Colorado Central photos. 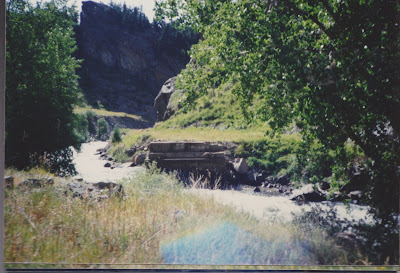 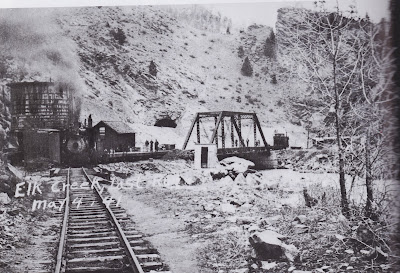 The abutment, then, belongs to what once was Elk Creek Bridge No. 19, named for nearby Elk Meadow.  It was built in 1872 as a wooden trestle.  The track is on a 3 percent grade, then is level on the bridge, and returns to 3 percent as the road heads toward the west including Forks Creek and beyond.

On the side I am standing on, there once was a section house, a pump house, a handcar, a stone cellar, and water tank.  On the 9th of July, 1907, a deluge took out the original bridge and it was replaced with an iron one. 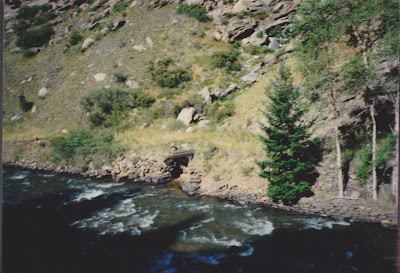 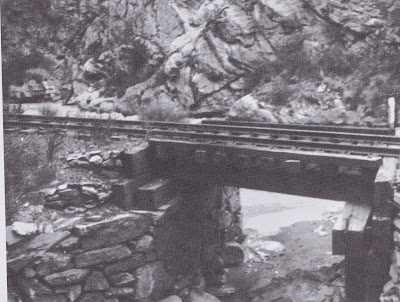 The third photo I have shows the rockwork along Clear Creek on the grade headed east from Elk Creek bridge. 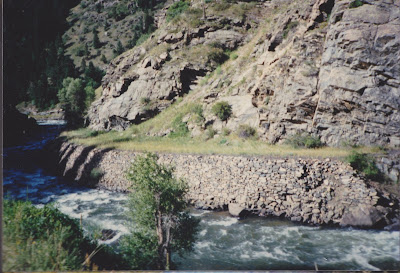 The fourth and final photo I took that day shows what I perceived to be old railroad ties in Clear Creek.  I have no idea if a wooden tie would remain unrotted after all those years, so it is not for sure that these are ties at all. 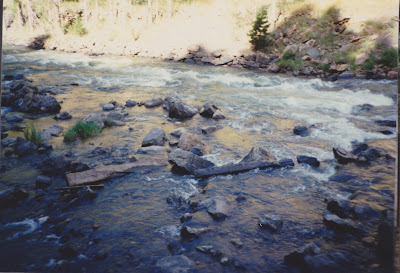 Historical details above and the b&w photos are from "Colorado Central Rail Road" by Abbot, McCoy, and McLeod.
Posted by Denver at 12:11 PM No comments: 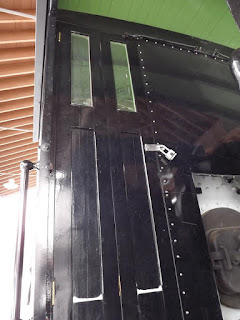 I love getting updates on work on the C&S!  The Colorado & Southern Railway Society recently took a trip to No. 9 in Breckenridge to aid their work on No. 60.  Check out their photos here below and their Facebook page description: 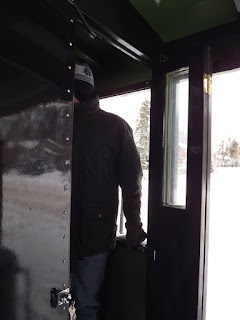 "In January 2016, members of the C&S Railway Society made a trip to Breckenridge to measure the cab doors and windows of C&S locomotive #9 on display in the High Line Railroad Park. With the help of Cindy Hintgen of the Breckenridge Heritage Alliance we were granted access to the cab of the #9. This was extremely helpful as we prepare to make new cab doors and windows for C&S locomotive #60 in Idaho Springs." 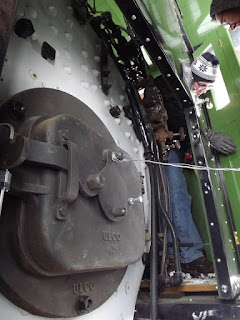 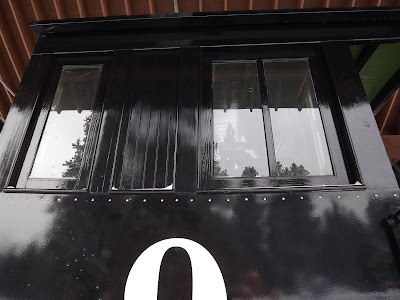 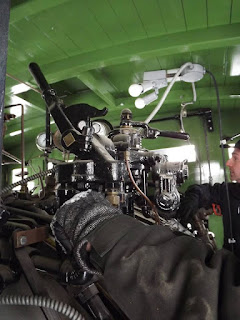 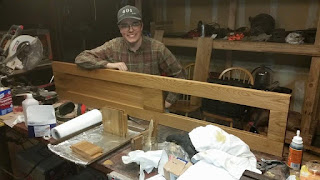 "The first new replacement door for C&S locomotive #60 has been completed. This is one of the rear cab doors, which will be hinged to another identical piece to create a bifold style door. These doors are made from white oak and fitted together with mortise and tenon joints. Many thanks to our resident wood worker Leighton Moreland for all of his help in making this a reality!"
Posted by Denver at 12:14 PM No comments: