Ok, just kidding, but I happened on these guys while doing a web search.  I have no idea what C&S stands for in this case, but I thought it was interesting none the less.

Their self-description is: C&S Railroad is a Blues band that melds all types of Americana with soul. Lead by Chris Sutton (who twice qualified as a soloist for the International Blues Challenge in Memphis, TN) on acoustic and vocals; Mark the Harp who learned the harmonica hitch-hiking across the US; JJ Brankham formerly of "Mass Transit Suicide" on bass; Steve Hall,frequent drummer for Landau Murphy, on percussion. C&S Railroad...playin' the blues like a freight train! 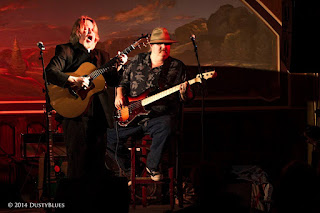 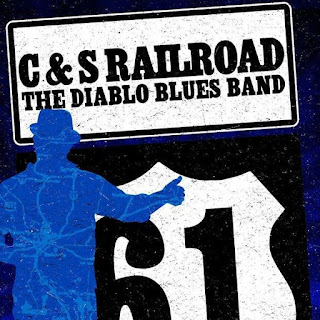 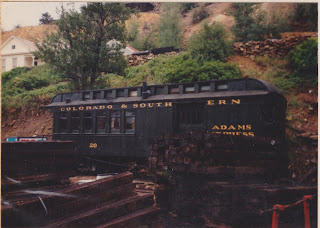 During my teen years I kept every doggone train magazine I received in the mail.  I have been attempting to thin out my collection lately and I came across the following write-up in the Sept/Oct 1990 Narrow Gauge and Short Line Gazette on combination car #20 that now sits behind C&S 71 in Central City.

"Comination car #20 is the most famous of the four C&S combination cars that lasted until the end of operations.  Originally number 25, the number was changed when the car was put on display at Central City, Colorado.  It remained there for many years, and now you can ride in this historic car on a restored segment of the C&S line that runs towards Black Hawk from Central City, Colorado.  This 32-foot-long combination car is also one of the oldest cars left in Colorado, having been built in 1878.  It operated as an Adams Express Company car for many years before it was retired and placed on display."

Sadly, this return to life ended within the year when the short-lived Black Hawk and Central City narrow gauge tourist railroad closed up.  The combine was never again to roll behind a locomotive. 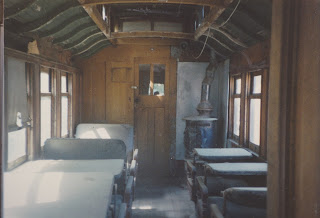 I saw it in 1990 & 1991, resting on the idle tourist railroad track.  The track was eventually torn up and the train moved to one site and then another.  It now is on display on a raised pedestal behind #71 next to Harvey's Wagon Wheel Casino.

If you're looking for more on this combine, I wrote up a more thorough history of #20 in the most recent Bogies & the Loop.  I'm also working on a new piece for the B&L chronicling the two tourist routes in Central City and a possible third.  The first installment of what will be a two-part article should be in the next edition. 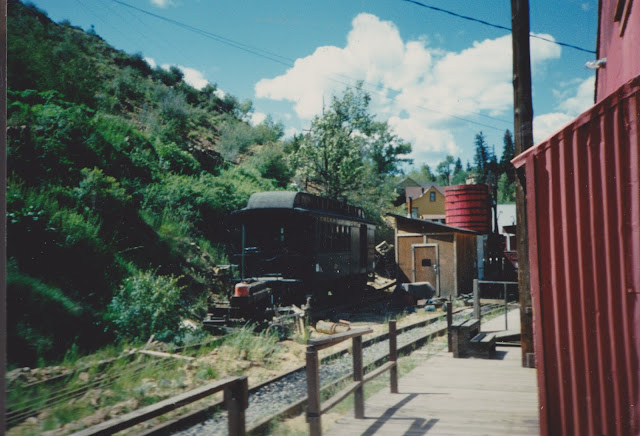 Below is a postcard I bought on one of the trips when the tourist route was in operation: 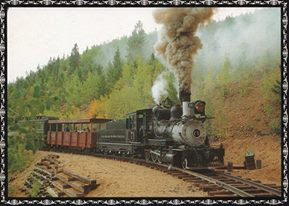 Posted by Denver at 9:14 AM No comments:

Remains of Selkirk Trestle in 1946

I recently came across a photo that shows the remains of Selkirk trestle outside of Breckenridge in 1946.  I wonder what remains of this site today.

Photo from Denver Public Library.
Posted by Denver at 12:56 PM No comments:

I continue to be thrilled with the work being done by The Colorado & Southern Railway Society.  They are actively at work restoring the electrical system on C&S 60 in Idaho Springs.  Below is the first work done.  They restored 60's class lamps.

These are 60's original lamps which were recently restored by Ron Kaiser.

Restoration was paid for by donations to the Colorado & Southern Railway Society.

Thanks to Ron Kaiser for his beautiful craftsmanship."