The Leadville Freight Depot has been standing along the C&S (and now LC&S) tracks for a long time.  In fact, she was close to collapsing.  Recently a company calling itself simply "Freight" restored the entire structure and repurposed it for use as an event space.  According to their website, the former freight house will now be a place for Dances, Film screenings, Fashion Shows, Community Fundraisers, TED-like Talks, Weddings, Anniversaries, Meetings, Corporate Events, Poetry Readings, and Sunset Gazing.

The site lists the following background:
Over its more than century-long history the freight depot had served only two owners: the railroad, and since the 1920s, Smith Lumber Company. It had even been involved in a couple colorful incidents of historical intrigue involving conspiracy and murder on the railroad. Originally, the freight depot was the Front Range’s gateway to Leadville, bringing supplies to its residents and shipping out tons of silver ore from its booming mines.  During the second half of the 20th Century, Smith Lumber used the building to store lumber that arrived by train until 1967, when the railroad closed and by truck until Smith’s closure in 2014.

I don't know exactly what is being referred to when they say the railroad closed in 1967.  The C&S/CB&Q/BN operated the line until 1981 to my knowledge.

Below is a great video showing the process of restoration and the new owners' vision for the freight depot's future.


The video below is nothing outstanding.  It's just someone riding the Leadville, Colorado & Southern Railroad from the Leadville depot for a few minutes.  I posted it because it shows a nice trackside view of the old C&S freight depot beginning at about :17 before the recent renovation.

There are a lot of 4x4 videos out there of folks driving around the area surrounding the Alpine Tunnel.  The one below, though, is unique in that it includes a walk along the eastern approach from Hancock to the east portal and includes some low flying drone footage along the right-of-way as well as some time lapses.

For a full video of the route from Hancock to East Portal, see my GoPro film of the entire length here.
Posted by Denver at 4:03 PM No comments:

Below is a video I put together of video footage and photos from my family's July 2018 visit to Idaho Springs, Colorado.  At the beginning of the video, through the use of fun green screen work and sound effects, I played around making No. 60 look like she is steamed up and about to leave for Georgetown and Silver Plume.  This was my first time giving this a shot, so please forgive my amateur-ishness!  :)

The story of No. 60 and how she was saved can be found on this post.

Below are two of the interpretive signs near the train (and a pic of my family!).  I somehow managed to forget to take a photo of the sign related to coach 70. 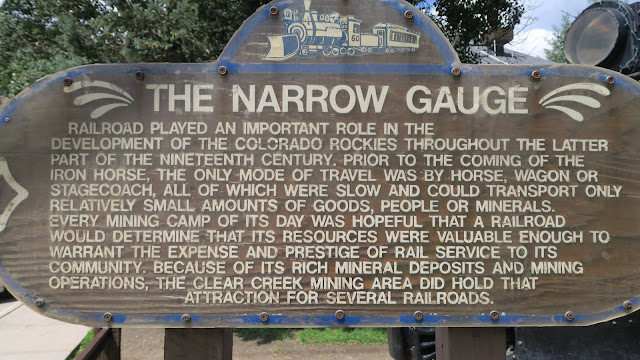 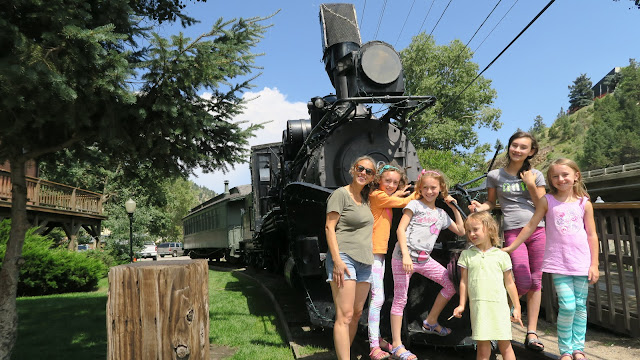 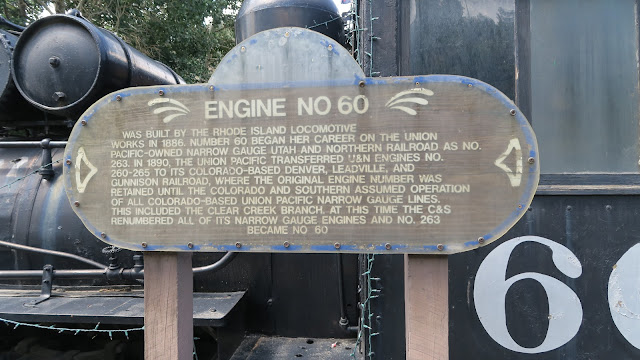 Posted by Denver at 9:31 AM No comments: